Rehabilitation and design of the ballroom of a Curch

The church was built in 1913 and is located in Düsseldorf Oberkassel.
The planning began in 2014 and the conversion, which took approximately one year, in 2015.

The contest, which was won in 2014 had the task to remodel the banquet hall of the church‚ Auferstehungskirche‘ in Düsseldorf Oberkassel into a multifunctional room, which can be used for bigger or smaller groups. The banquet hall should work for speech, vocals, music and events with regard to acoustic, light and room air- conditioning It should have modern, friendly materials in interaction with the functions and on the base with the traditional materials.

The material which was used for the sides of the hall and the foyers is tile GUBI (living ceramics) cloud in light grey and the size 90 cm x 90 cm in addition to dark wood floor. An inserted Cube hosts the baroque organ on the hall side and on the foyer side a bar cube, which is colored with yellow loam stucco in the inside and closed with a pivot-door.

It is possible to serve smaller groups at the bar, but also bigger societies. To highlight the cube, we used also the Gubi tile, indeed the darker color anthracite.

The banquet hall can be accessed through two entrances. The first one is the historic one, which is renovated. The second entrance is totally new build with a concrete stair, which is in harmony with the light grey Gubi tile.

The banquet hall is used in many different ways, so there are so many acoustic requirements – piano music, speech, partys etc. To get the best interaction with so many
materials (Among other things, tiled floor) we worked with variables Rollo blinds, tilted ceilings, acoustic panels, etc. 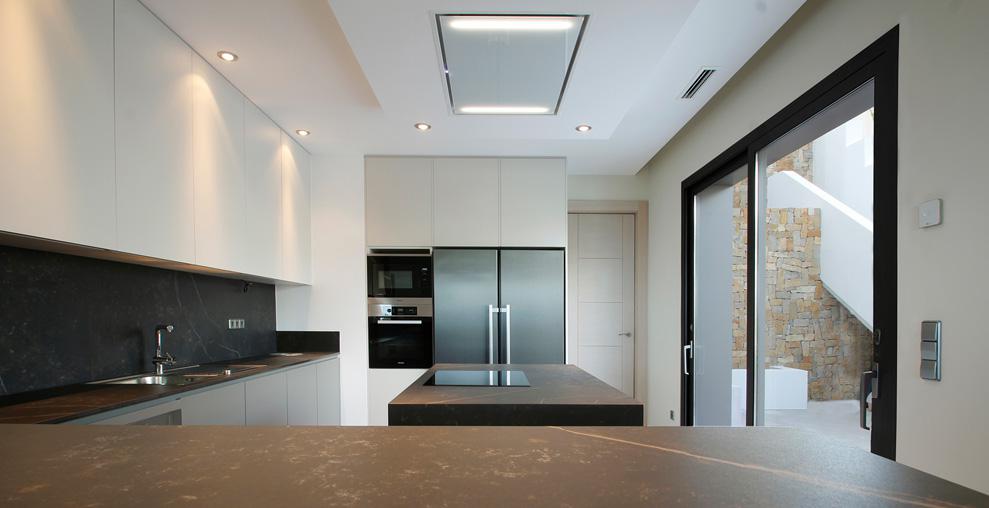